This week I heard a report of a fatal car crash in Prince George’s County on Laurel Bowie Road and Bowie Road. I was curious as to what led to the fatal car accident and how it occurred. It turns out the woman who lost her life was a passenger. She was a passenger in what appears to be the at fault vehicle. The vehicle appears to be at fault because it was making a negligent left turn. So what can the family and loved ones do in this tragic situation? In Maryland, wrongful death and survivorship claims can be made.

A wrongful death action seeks to compensate the family. For example, a child who loses his or her father in an automobile collision due to a reckless driver can sue the driver for the emotional suffering the child may experience. In addition, the child may be compensated for the economic losses, such as the father’s income that would have contributed to the child’s care during the father’s life expectancy.

A survival action seeks to compensate the injured individual who died. Since the injured victim is no longer alive to pursue the claim, a personal representative of the decease’s estate acts on behalf of the deceased. Using the example given above, if the deceased father experienced pain and suffering before he died and/or had medical expenses as a result of the collision with the reckless driver, then the survival action can seek to compensate the father for the harms and losses he experienced while he was living.

So who does the family and estate make their claims against? A claim would have to be made against the driver of the vehicle in which the deceased was a passenger. To some this may seem odd but it happens all of the time. If you are driving with someone who causes an accident then you make your claim against that driver. There is another huge issue and that is policy limits. If the at fault driver has minimal coverage, in Maryland $30,000.00 per person and $60,000.00 per incident, then there is a problem. No amount of money can cover the loss of a loved one and minimal coverage isn’t going to come anywhere close. If there is minimal or low coverage, then an experienced Maryland wrongful death attorney would make an underinsured motorist claim with the deceased passenger’s own auto insurance. Even when you are driving in someone else’s car you are still covered by your own underinsured motorist coverage. 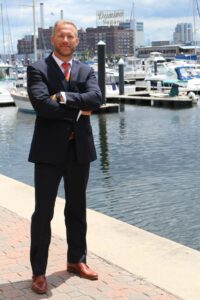 We all have them in our families-bad drivers. Car accidents happen and sometimes our loved ones are to blame. Hopefully, everyone is ok and the only worry is getting the car fixed but car accident injuries are not uncommon. Maybe your wife jams her shoulder or you son’s head bangs against the headrest. The reality of the situation is that the injured passengers have a claim against the negligent driver regardless of whether that person is a family member. The injuries still need to be treated and medical bills will need to be paid. Making injury claims will not increase insurance premiums because an at fault accident claim already exists. In fact, you pay your monthly insurance premium to cover injuries to strangers AND your own passengers. More often than not those passengers are loved ones. Many Maryland insurance policies have personal injury protection coverage which will usually pay $2,500.00 of medical bills and/or lost wages. In addition to the personal injury protection coverage, passengers are entitled to be reimbursed through the liability coverage of the vehicle in which they were passengers. The vehicle driven by mom, dad, grandma, or pop pop. Maybe your husband should have listened to you when you told him to stop texting and driving for the 100th time. The fact of the matter is that auto insurance is a monthly expense, use the benefits. When there is an accident people need to know all of the coverage benefits that are available. The family member whose bad driving injured you has insurance (you might even be the one who pays the premium), so use it!

I recently had a case where a father was driving his son to an appointment in Baltimore. The father made a negligent left turn and the car was t-boned. It was the father’s fault, no question. The car accident caused the son and father’s heads to bang together causing a fractured nose for the son. USAA was the insurance carrier. Personal injury protection covered the majority of the medical bills. In addition, the liability coverage through USAA reimbursed the son for all of the medical bills and any pain and suffering. You pay for insurance so use it when needed. Don’t leave money on the table because insurance companies aren’t going to do you any favors. Make sure if you are injured in an accident you contact an experienced Maryland car accident attorney who can explain all of your options.