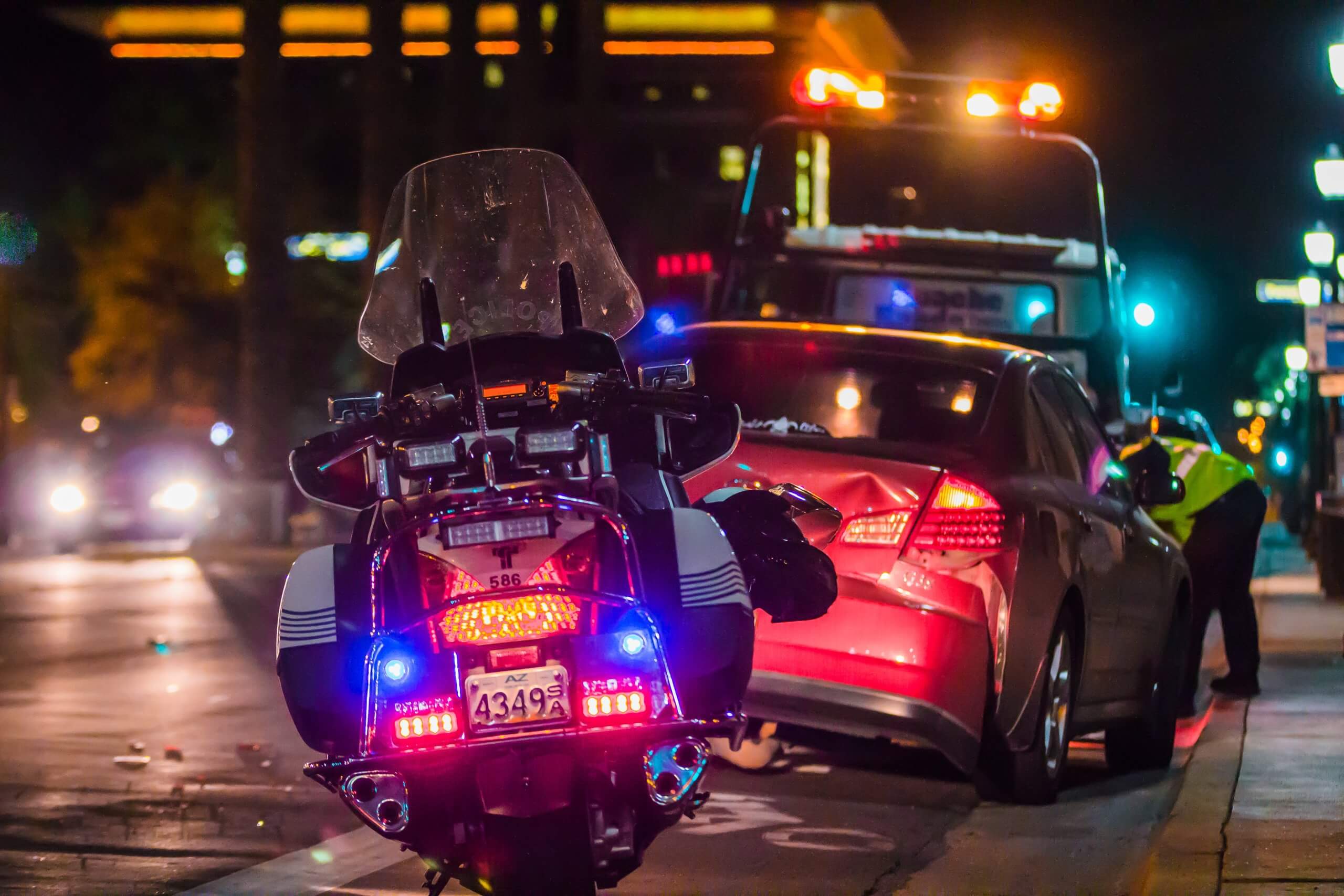 Tailgating, whether intentional or not, is an extremely dangerous and all-too-common occurrence on Maryland roads these days. There are more cars on the road than ever and everyone is in an extreme hurry to get to where they’re going. While aggressive driving is certainly a major factor in tailgating incidents, there are also plenty of cases where the driver is unaware that he or she is tailgating.

Let’s take a quick look at tailgating regulations in Maryland, the consequences of following another car too closely, and how to prevent it before it’s too late and you find your car hurtling uncontrollably toward a set of taillights and a major headache.

Is tailgating illegal in Maryland?

Yes. The 2020 Maryland Transportation Code (§ 21-310) states, “The driver of a motor vehicle may not follow another vehicle more closely than is reasonable and prudent, having due regard for the speed of the other vehicle and of the traffic on and the condition of the highway.” A “reasonable and prudent” distance, however, can be tricky to define. It depends on factors such as road conditions, road type (highway vs. residential street), speed limit and weather conditions. The law doesn’t specify an exact following distance, but you can be sure you’ll be pulled over if an officer sees you following less than a car length behind the car in front of you in anything other than bumper-to-bumper traffic. Two to three car lengths is a pretty decent standard to avoid being stopped. But even that distance might not be enough to avoid an accident.

Maryland drivers cited for tailgating can be charged a maximum of $500.00 and assessed two points on their license if there is no accident and three points in the event of an accident. As previously stated, considering that “reasonable and prudent” is inexact and open to interpretation, you should always consider fighting a tailgating ticket in court.

First and foremost is that the inhabitants of your car and those in the car you hit can be injured or killed. In the event of injury, hospitalization or some other form of incapacitation, your ability to work, earn income, and keep your job is threatened. Absent injury, the body damage to both cars will be expensive to fix. You could also face fines, criminal or civil charges and increased insurance premiums.

Even if there’s no accident or traffic stop, you could be caught on another driver’s smartphone camera or car camera and be reported to the police, which could lead to repercussions after the fact.

Who is liable in a rear-end collision?

Almost everyone has heard the urban myth that a driver who rear-ends another car is automatically at fault, however, this isn’t true in all cases. The lead driver could be found liable if he/she:

But it’s difficult to make a successful claim against a driver whose car you rear end. Even if the other driver is 100% at fault you will have a tough time proving that you were not partly to blame. For example, if a driver stops suddenly and is rear-ended by you, that driver is completely liable for the accident as long as you were maintaining a reasonable following distance. But you can count on the other driver’s insurance company going to great lengths to show that you were following too closely and at least partially responsible for the wreck. If they can convince a judge or jury of this, both you and the other driver will be found negligent and liable for the accident. Maryland’s adherence to the “contributory negligence standard” means that if both drivers are found to be at fault then neither can recover damages from the other’s insurance company.

How do I know if I’m tailgating?

Tailgating can lead to accidents, injury and death. At the very least, it will upset the driver in front of you and could lead to an escalating road rage situation. The news is full of unfortunate accounts of road rage incidents that started with someone tailgating someone else.

While common sense dictates that it’s always a good idea to keep a safe distance between your car and the car in front of you, how can you measure exactly what a safe distance is? The Maryland Driver’s Manual states that under excellent driving conditions (a straight stretch of road, good weather, etc.) your minimum following distance should be three to four seconds. To give you an idea of how you can calculate that time gap, your car should pass a reference point three to four seconds after the driver in front of you passes it. Pick any stationary object on the roadside, such as a bridge, overpass, billboard, or mile marker. As soon as the car in front of you passes it, begin counting slowly, “one-one thousand, two-one thousand, three-one thousand, four-one thousand.” If you get to four-one thousand before your car passes the same stationary object, you are at least four seconds behind the car in front of you. If you are following a vehicle that makes frequent stops, such as a bus, taxi or delivery van, you should increase the distance between your vehicle and the one ahead of you to five or seconds, and quite possibly more if necessary.

Anybody who has been in a tailgating-related auto accident or charged with tailgating should consult an experienced attorney as soon as possible. Contact the Law Offices of Nicholas Parr in Baltimore, MD today to schedule your free consultation. We don’t receive a fee unless we win.